Rakan Al-Rashed is preparing for his FIA European Rally Championship return on next month’s Rally Liepāja, only this time he’ll be at the wheel of a Volkswagen Polo GTI R5. Having scored top-20 finishes on his previous appearances on the high-speed gravel event, Al-Rashed has entered the eighth running of Rally Liepāja from 14-16 August. Sponsored by Invest Saudi, Al-Rashed will drive the Rally2-specification Polo he used on the Arctic Lapland Rally in Finland back in January.

“COVID-19 drastically changed our plan because we’d planned previously to do a total of seven rounds, plus make our World Rally Championship debut in Finland,” Al-Rashed explained. “But with everything that has happened, clearly the plans have had to change and it looks like Liepāja will be our first rally.”

Although Al-Rashed is switching from a Škoda Fabia R5 to a Volkswagen Polo GTI R5 for 2020, the same Finnish Printsport team will be responsible for running and preparing the car, which Portuguese Hugo Magalhães, an ERC event winner, will co-drive. 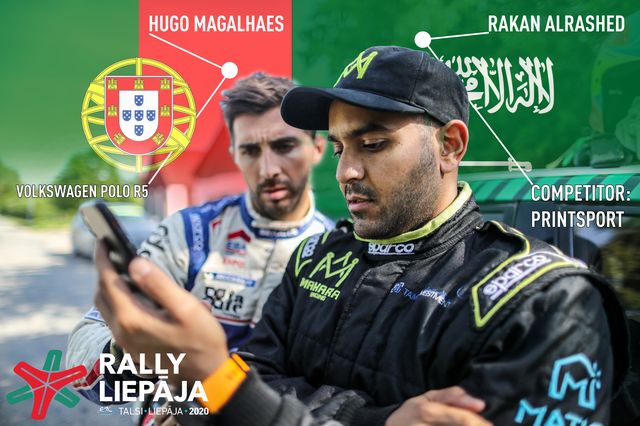 “Printsport is our team from the beginning,” said Al-Rashed. “We are happy with them and I am also continuing my partnership with Hugo. He has been great and I am learning a lot from him.”

The 29-year-old hasn’t competed since finishing the Arctic Lapland Rally back in January. He’s raring for the delayed season to get underway. “The most important thing is to get back to the wheel,” Al-Rashed said. “There has been a very long stop and I’m not sure how my level will compare against the other drivers as it will be quite difficult to predict what their pace will be. But our aim is to continue our progression and get the experience on rallies where I don’t have it. I want to have good speed and be in the top 10.”

As well as increasing his competition experience, Al-Rashed is using his ERC programme to showcase the work of Invest Saudi. “My goal is to promote Saudi Arabia as an investment and tourism hub.”