A move from tarmac to gravel for Breen and Lindholm for the European Rally Championship. 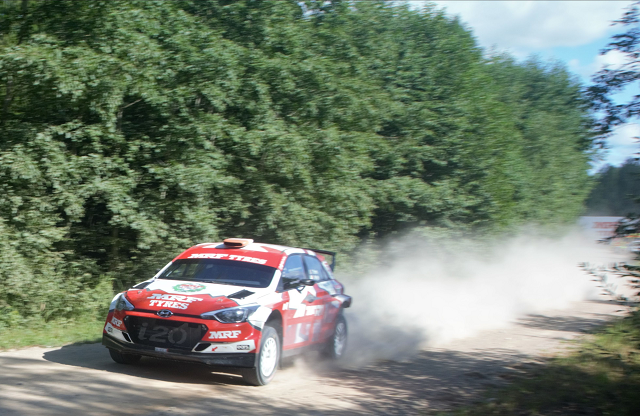 The event, held in the region near Latvia’s west coast, will see the crews tackle 10 stages and 177 km of fast gravel roads, a different challenge from the tarmac of the opening round.

Both Team MRF Tyres crews have had an opportunity to get back behind the wheel between the opening round of the FIA ERC and this round in Latvia.

The Finnish duo, running an older model Skoda Fabia R5 dominated the event, winning five of the six stages they completed, leading by 15 seconds with just one stage to go. A mechanical issue on the way to the final stage robbed them of certain victory.

However, the pace that the MRF Tyres showed on the Italian gravel provides great encouragement and momentum for the team. Meanwhile Breen and Nagle won Rally di Alba.

The Rally Liepaja roads offer the teams fast and flowing stages that fans of Scandinavian rallying will enjoy.

The action gets underway on Friday from 17:30 local time with the qualification stage and shakedown on the 4.61 km ‘Welcome to Latvia’ stage. The top 15 from that stage will then choose their starting positions for the rally proper.

Crews head north-east to Talsi for the Saturday action, which will see four stages and 90.21km of competitive action.

The first stage is a long one at 25.84 km and will be important for the drivers to push from the start in order to stay in the leading fight. The second stage is 17.45 km and will prove to be a challenge before the remote refuel in Talsi.

Bringing an end to leg one is SS3 at 21.38 km and SS4 at 25.54 km. Only four stages make up the day, but it is over half the competitive kilometres, so it will be a crucial day.

Sunday sees the final day of action and brings the crews return closer to Liepaja, this time for six stages, run in two loops. The stages are run in the same place but unlike on other rallies, they are not entirely repeated, presenting an extra challenge for the crews.

The longer nature of the stages will prove an interesting test.

Rally Liepaja, this year running in the summer, was once a winter rally with Breen taking victory in 2015. However, the transition from snow and ice to warmer temperatures in the mid-to-late 20s sees gravel, meaning that experience does not translate to the 2020 Rally Liepaja event.

Though both drivers coming off good performances, the team is confident of a good result in Latvia. But the focus, though remains on tyre development.

This is the second round in the FIA ERC for Team MRF Tyres competing as full season entries and gathering data for development of the tyres remains the crucial step.

Quotes
Craig Breen (Driver, Team MRF Tyres, Hyundai i20 R5)
“We are quite happy with everything so far in testing for Rally Liepaja. We have to be on it from the first corner in Latvia with just 10 stages and the first one being so long. It has been a fair while since my last rally on gravel, so we need to go according to plan. It is obviously a very different profile road here to the last time out in Italy. I am looking forward to driving this car on gravel and to have a good weekend."

“I am trying to pick up where we left off in Rome, to push myself, the car and the tyres. It is a completely different challenge. The roads here are very fast. The last time I was here was in 2015 when I won the winter version of this rally. This is different though and I am looking forward to it.”

“We are developing the gravel tyre and we have more development to do but I am happy with where it is and the direction it is going. We will be giving it our best this weekend.”

Emil Lindholm (Driver, Team MRF Tyres, Skoda Fabia R5 evo2)
“The expectations are pretty high after last weekend. We have a good pace on gravel and these roads suits us well. They are pretty close to our Finnish roads so I think we should be able to do well. It has been a while since I have been on the gravel in this car – some 10 months, but the feeling is there.”

“We have to start with really accurate pace notes. Only if you can really trust the pace notes you can really attack the fast sections and that is where you will make up the time. The most crucial part of it will be to attack early and getting a good start.”

Q. What are aiming for this weekend at Rally Liepaja for Team MRF Tyres?

Craig Breen: I would like to try to pick up from the last rally and improve myself the car and the tyres. This is a completely different challenge from what we had in Rome. The roads are very fast. I have never done this rally in the summertime. I won here in 2015 when it was a winter rally, so I am looking forward to it.

Q. You won Rally Liepaja when it was a winter event, is there anything you can bring over from that time to now, when it is run in the summer?

Craig Breen: Apparently some of the roads are similar but looking at the onboards, it is hard to get any comparison to doing the rally in the summer when compared to the wintertime. I don’t think I can take too much from it except I know my way around Liepaja and the service park! The stages aren’t similar. I enjoy fast roads, so let’s see how this weekend goes.

Q. How do you find the development of the MRF Tyres gravel spec?

Craig Breen: I am pleasantly surprised. We haven’t done a lot of development so far on gravel, mainly due to the Covid-19 situation. We started again with Rome so we went straight for the tarmac tyre. So we have some development to look forward to for the gravel tyre but I have to say we are going in the right direction with it.

Q. Rally Liepaja has 10 stages and they are long. How do you approach this rally?

Craig Breen: I think here you must go flat out from the start. The nature of the stages and profile of the roads doesn’t allow you to hold back in any form. We need to be on it from the first corner of the first stage. I am looking forward to getting on these fast roads with the MRF Tyres and then we have Estonia in the WRC in a few weeks. I am trying to get into the rhythm and get more data for the development of the tyres.

Q. What would be a successful weekend for you?

Craig Breen: We need to get more data so we can continue to develop the tyres. That is the most important thing. In Rome we weren’t that far away from the podium so if we can do that again I would be happy. We have to be realistic that the program is fresh but definitely we will see what happens and I hope for a good result for Team MRF Tyres. 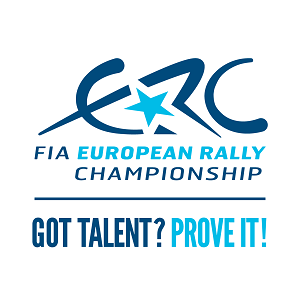 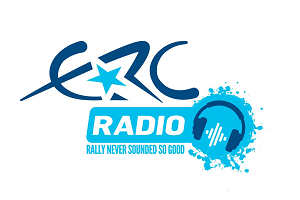